Is Authenticity Important to You? 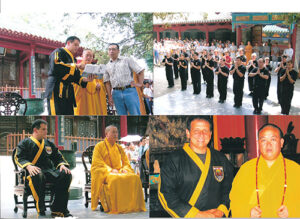 Our lineage traces directly to the Shaolin Temple through Grandmaster Steve DeMasco.  If you want to learn the authentic Shaolin Kempo, join us.  Whether you’re coming from a different style or looking for a place to begin your journey, you’re welcome to join our ranks. 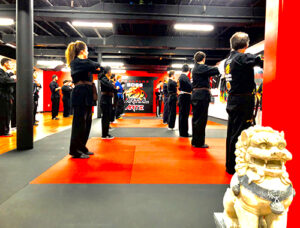 Grandmaster DeMasco was the first-ever non-Asian Shaolin Kempo Grandmaster to be appointed by the Shaolin Temple.  In fact, the Great Abbot of the Shaolin Temple has also appointed Grandmaster DeMasco an International Ambassador, and he brings the teachings of Shaolin to the world.  He brought his system to the northeastern United States, where he has begun over 100 schools over a storied, decades-long career in the Martial Arts. 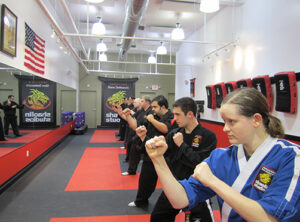 The instructors of Steve DeMasco’s Shaolin Studios receive the most authentic Shaolin training in the United States from the foremost American practitioner of the Shaolin arts.  Our instructors bring Shaolin Kempo directly to you at your local SDSS Studio.  Whether you’re a student or hope to become an instructor one day, you’ve found the right place to start.  Fill out the form below, and someone will reach out to you soon.

Back
Next
FREE Lesson!