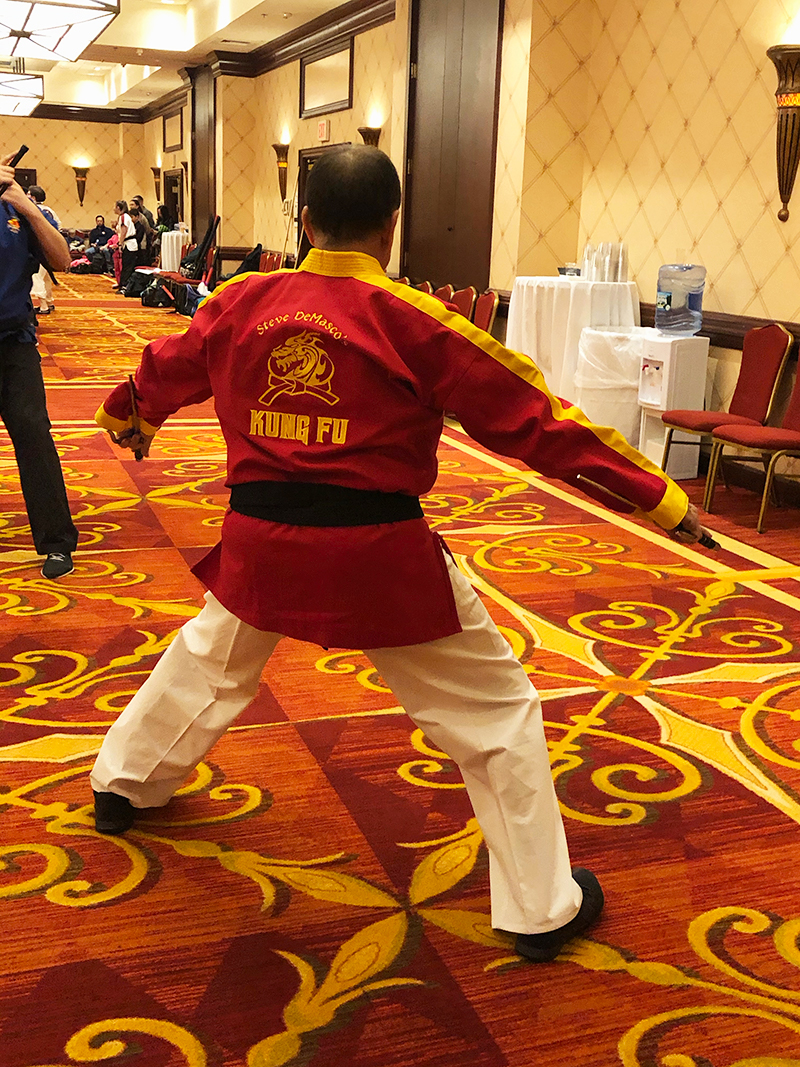 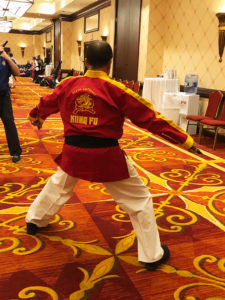 On Saturday, November 23, Grandmaster Steve DeMasco taught the Japanese Sai Form.  The ancient Sai is a two-pronged dagger-like weapon used by martial artists around the world. While its image is well known today, its history and usage are known by few and traditionally practiced by fewer. Since the late 1400s, the Sai has been used primarily as a Japanese weapon, but there is anecdotal evidence that it may have been originally imported from China. Some believe that it was first used as a farming tool for planting seeds and turning the soil and that later it was also implemented by farmers as a self-defense weapon against bandits trying to steal their crops. 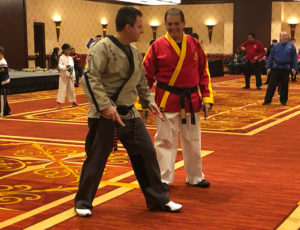 Grandmaster DeMasco and Senior Master Mikael Meyer enjoy a moment together, as Grandmaster clarifies a movement from the Sai form.

Grandmaster DeMasco, who has taught martial arts for nearly 50 years, noted that it was the first time he had ever taught a Japanese style form. “While the Chinese Kung Fu we teach is very fluid and the movements flow together, Japanese self-defense styles are more rigid and involve tensing the muscles throughout their blocks and strikes.”  Although Grandmaster’s martial lineage descends from the Shaolin Temple itself, he is well versed in Japanese forms and is well known in Japanese martial arts circles. 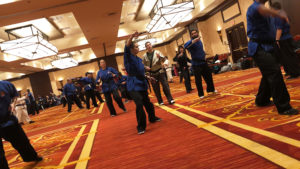 Kung Fu allows adults, as well as younger students, to find a place of both calm and empowerment within themselves. Due to the way the movements flow together, these exercises and defense techniques actually strengthen the muscles and tendons of the body through years of practice. This explains how the Shaolin Temple, the birthplace of Asian based martial arts, is home to senior monks who are still in peak fighting form. This is one of many reasons why Kung Fu not only still survives, but is one of the greatest ways to prepare both the body and mind for tomorrow’s challenges.