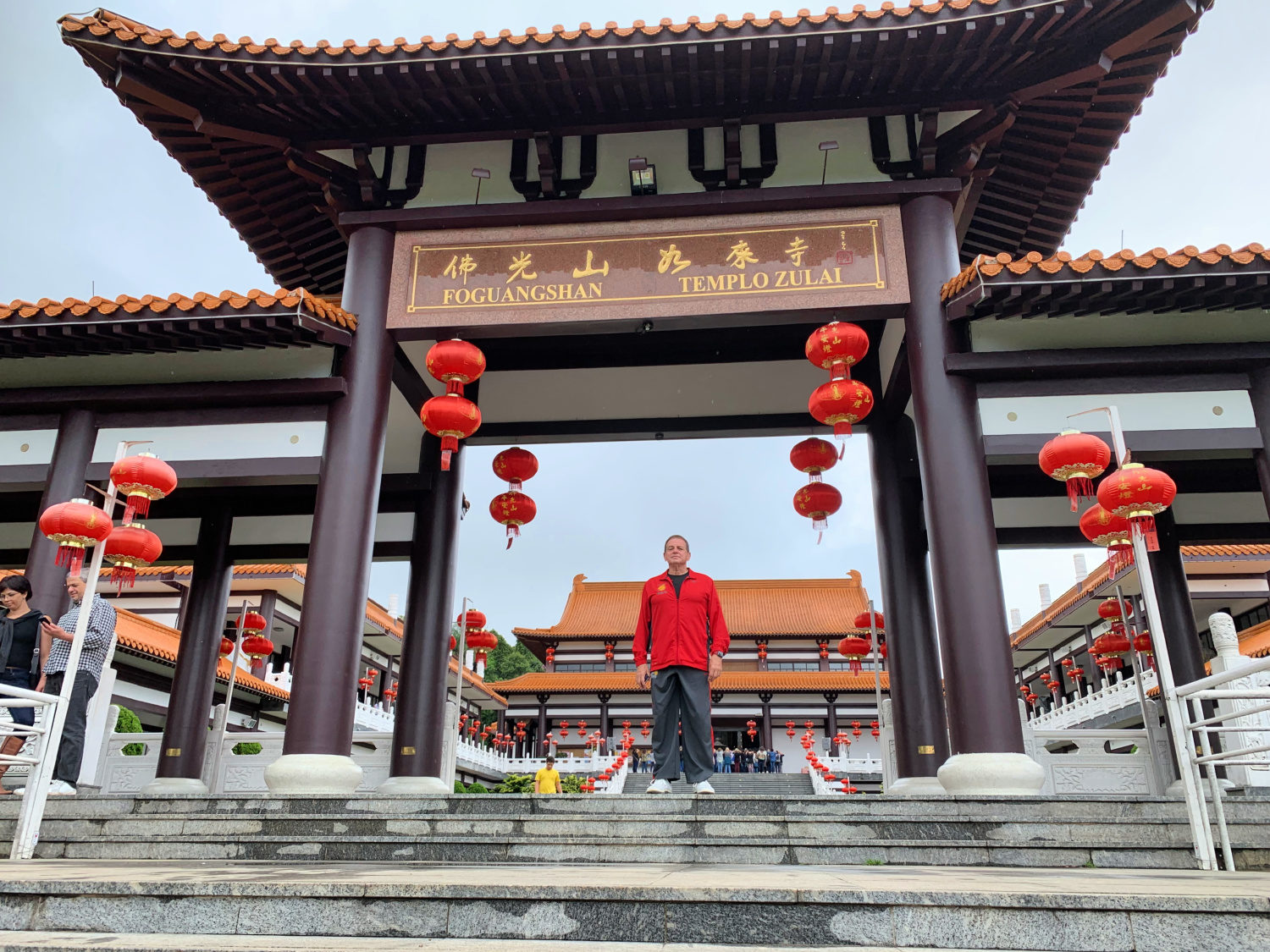 In February 2019, Grandmaster Steve DeMasco, Founder of Steve DeMasco’s Shaolin Studios and the International Ambassador of the Shaolin Temple, visited Brazil to bring the message of Shaolin to martial arts students all across that beautiful country.

From the projects to Ambassador

From his earliest days as a poor kid growing up in the projects, helping others has defined Grandmaster’s life.  It is no wonder that when the Great Abbott Shi Yongxin elevated the first non-Asian to that rank, he chose our own Grandmaster DeMasco.  A few years later, he was named the Temple’s International Ambassador. His mission is to bring the Shaolin Arts to the world. He does that through his company, through his many books and articles, through his teaching, and his many visits with martial artists and leaders across the globe. 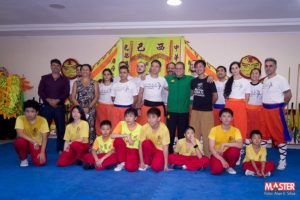 His first stop was a visit with the UNDLD – União Nacional de Dança de Leão & Dragão, the National Lion and Dragon Dance Union.  This renowned school produces martial artists from many different disciplines, including Kung Fu. They invited Grandmaster to speak with the students there about how the principles of Martial Arts can help in life. “They wanted to hear some of the Shaolin Teachings, and about what went on at the Shaolin Temple,” said Grandmaster.  Sifu Gutenberg, who invited Grandmaster to speak, also trains and choreographs at leading action stars and the best action films produced in Brazil.  He is the technical director at UNDLD. 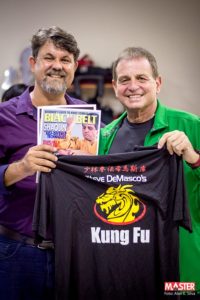 Grandmaster also sat with the publisher of Master Magazine, the premier martial arts magazine in Brazil.   (We’re grateful for the use of their images for this article.) . They talked about the different styles and Grandmaster’s life as a martial artist.  The article will go to press later this spring.

At The Zu Lai Temple

Next, Grandmaster spoke at the Zu Lai Temple in the Fo Guang Shan Monastery, in Cotia, Brazil.  Just outside of Sao Paolo, this monastery is the first Buddhist center of its kind in Latin America.  Today it is a thriving hub of Shaolin Culture, where students study Shaolin Kung Fu, Tai Chi Chuan, meditation, and of course, Buddhism, with Masters and Monks who carry on the traditions passed down from the Shaolin Temple itself. 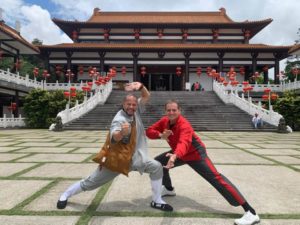 While there, Grandmaster met with Master Alexander, a 20+ year master of tai chi, chi gong, and Chinese medicine.  Not surprisingly, their conversation was more spiritual, as two great masters of the Shaolin Arts shared ideas on how the martial arts can improve the lives of people around the globe.  He also met with the senior instructor at the temple. 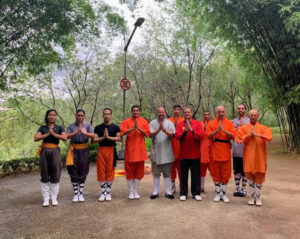 Like the Shaolin Temple in China, the Zu Lai Temple sits at the base of a mountain.  The students invited Grandmaster to their private training space for a special performance on the Temple Mountain.  “I was very honored,” said Grandmaster. “I plan to visit again, very soon.”  It’s fun to notice the parallels between the special location these students chose and Grandmaster’s own training in China, which often happens in secluded places well up into the mountains around the Shaolin Temple.

At every engagement, Grandmaster shared his message that the Shaolin Arts will make a positive difference in people’s lives.   We all begin as white belts, and we all learn respect. Grandmaster puts it this way, “Where else can you be where you’re standing beside a neurosurgeon, and the guy on the other side of you is a trash collector, and we all look alike.  Everything we do is based on respect. In that studio, it makes no difference where we come from. There is no sport on the planet where that happens.” 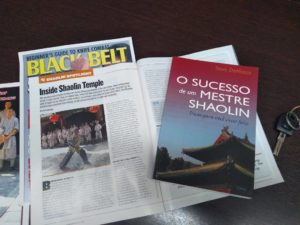 All of this will soon lead to the publication of a book about how Martial Arts Philosophy helps people with their lives.  Grandmaster published his signature work, The Shaolin Way, in 2005.  Since then it has been translated into a dozen languages in 30 different countries.  That work focused on Shaolin and how it can help us in our modern day lives.  His next book will show us how martial arts philosophy can help us in our daily lives.

“It’s what I’m about – it’s what I do,” said Grandmaster. “From working with gangs to helping poor kids in the inner city or working with single mothers like my mom, this is what my life’s work is about.”