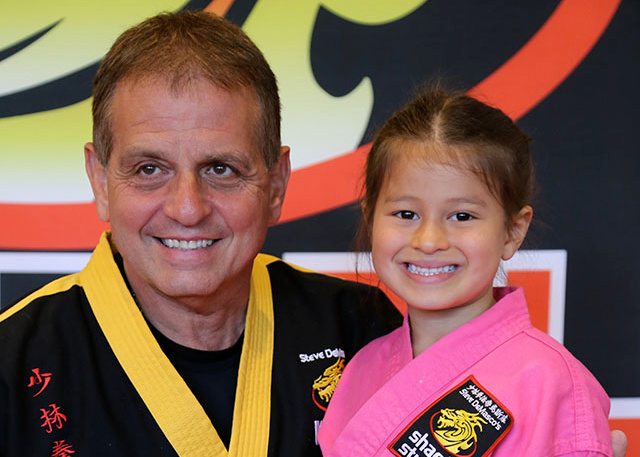 How Martial Arts Helps Your Son 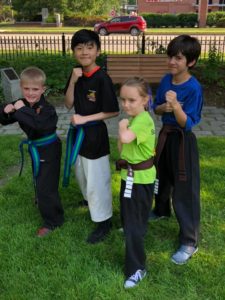 Help her believe in herself

Each belt, each power stripe, and every accomplishment along the way to black belt builds the most genuine self-confidence there is.  She will learn the self-confidence that comes from genuine accomplishment. Girls and boys often experience a mild case of “impostor syndrome” when faced with a new level in life, whether it’s the next grade up in school or an elite academic environment or that next level of sports team.

Your daughter will know she earned each new belt, because she will have to prove it to her instructor and again to the test administrator.  She’ll have the new belt on her waist and the old belt on her wall to remind her, “Yes, I did this!”

Be respectful and persistent

A journey toward black belt takes years.  If you think about it, few things in a young person’s life take that long.  By working through all the bets, and by overcoming adversity along the way, she will learn an incredible life lesson about never giving up on her goal.  She will develop the tenacity that makes the world’s most successful people win at life.

There will come a time, over the course of years, when a move, a form, or competition will seem just too difficult an obstacle.  Perhaps the “newness” of kung fu has worn off, or a particular move or form is taking a few weeks longer than the rest. Giving up is easy.  But we won’t let her, and neither will you.

And once she gets it - once she finishes the competition or masters the move or earns the next belt - she’ll learn something about herself.  She’ll realize that there really is nothing in this world beyond her grasp.  She’ll find out that she’s ten times more powerful than she ever imagined she was.

Knowing she can kick some butt

Martial artists are, by definition, peace-loving and nonviolent people.  As we say in our Martial Arts Creed, we will never use our martial arts except “In self-defense or to protect others.”  Our students learn self-control as a part of our Life Skills program.

But let’s face facts.  According to research by groups like RAINN, 1 in 6 women will experience some sort of attempted assault. Between the ages of 18-34, that number is as high as 1 in 2.  That’s staggering, and it is completely unacceptable. When you give your daughter the gift of the Martial Arts, you’re giving her a chance to beat those odds, and take care of herself in a crisis situation.

Chase her dreams with confidence

Every parent, from poor to wealthy, regardless of ethnicity, race, culture, or background, hopes for the same thing.  We hope our child has a happy, successful life, and we hope it turns out even better than ours did. We hope they dream big dreams and chase them down.

The Martial Arts will help instill the belief that your daughter can do whatever she wants to in this life.  She has the power, the tenacity, the confidence, and the mindset to shatter glass ceilings, overcome self-doubt, and be whoever she wants to become.

By now, you’ve no doubt realized two things.  First, this list is not exhaustive, and your daughter will gain far more from a journey in the Martial Arts than we’ve listed here.  Second, this list applies to sons EQUALLY.  We’re being a little provocative with our title, but as a good parent, you know that these attributes are something we try to build in all children.

If you want to see what we’re saying about sons...check it out here.

Let us give your daughter a free introductory lesson!