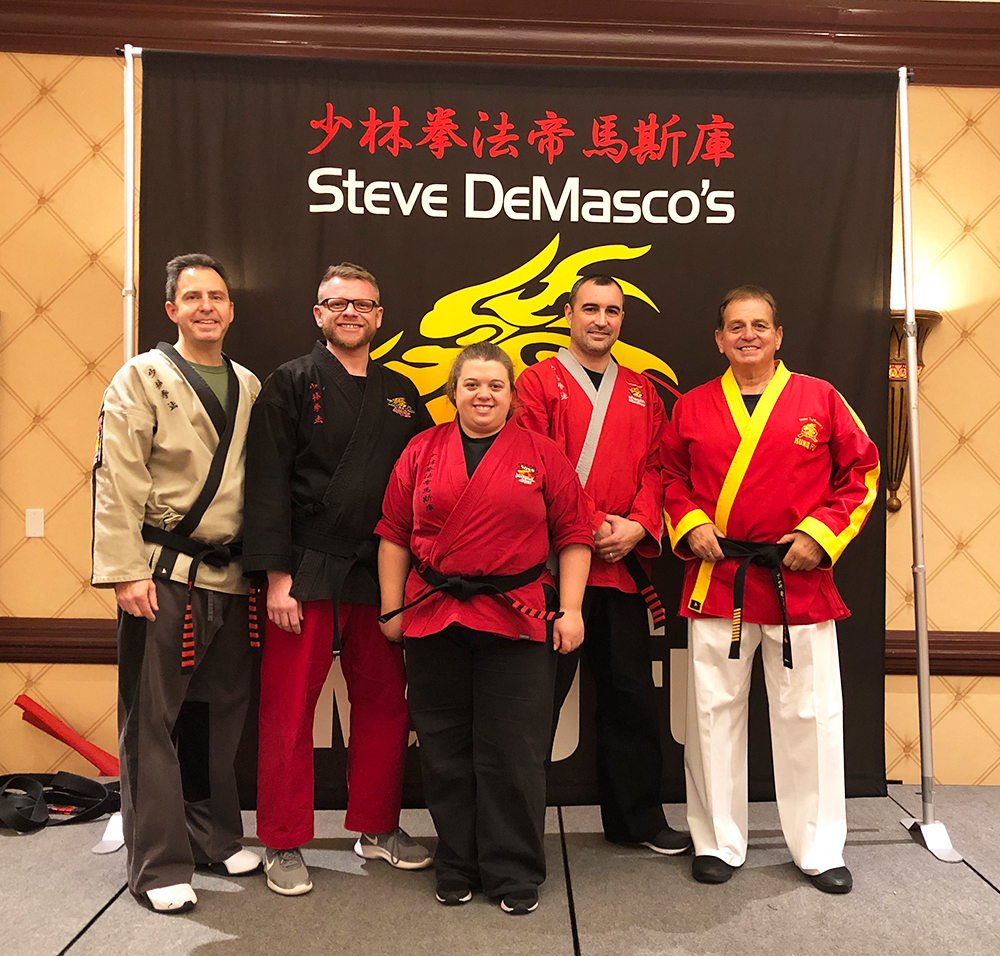 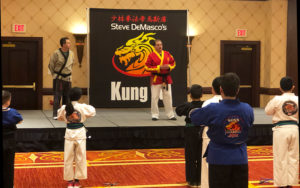 In a rare moment for our company, Grandmaster DeMasco elevated three of SDSS’s most senior instructors to the level of 5th Degree Black Belt.  They will henceforth be known as Master Christine Swiatek, Master Travis Newbury, and Master Chris Schaefer. 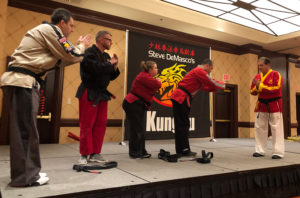 At the conclusion of the Sai Seminar, Grandmaster DeMasco gathered the assembled students and called these three instructors to the stage.  He explained the process of becoming a Master in this art. “After years of training, especially for this rank, they are given the ceremonial title, they are watched and observed to see if they are prepared for the responsibilities and expectations of the rank, and then they take the test for the belt.” Grandmaster made it very clear that the test for such a rank began the moment the three donned their new belts. 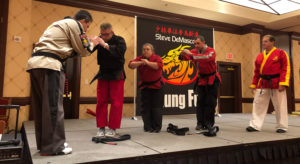 “A Black Belt is not a trophy,” remarked Grandmaster DeMasco. “The moment one stops training, in both the martial art, its principles, and philosophies, then you are out. At least, that is the case for the Shaolin Kung Fu that we teach.”

“Every one of our instructors trains to work with, inspire, and empower every student who trains with SDSS,” says Master Meyer. “They work with students on the autism spectrum, with handicaps, and various learning styles.   They give every student the ability to thrive in their classes and beyond the walls of the studio.”

About the new Masters 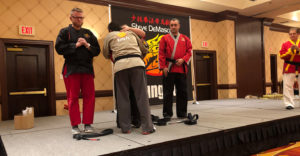