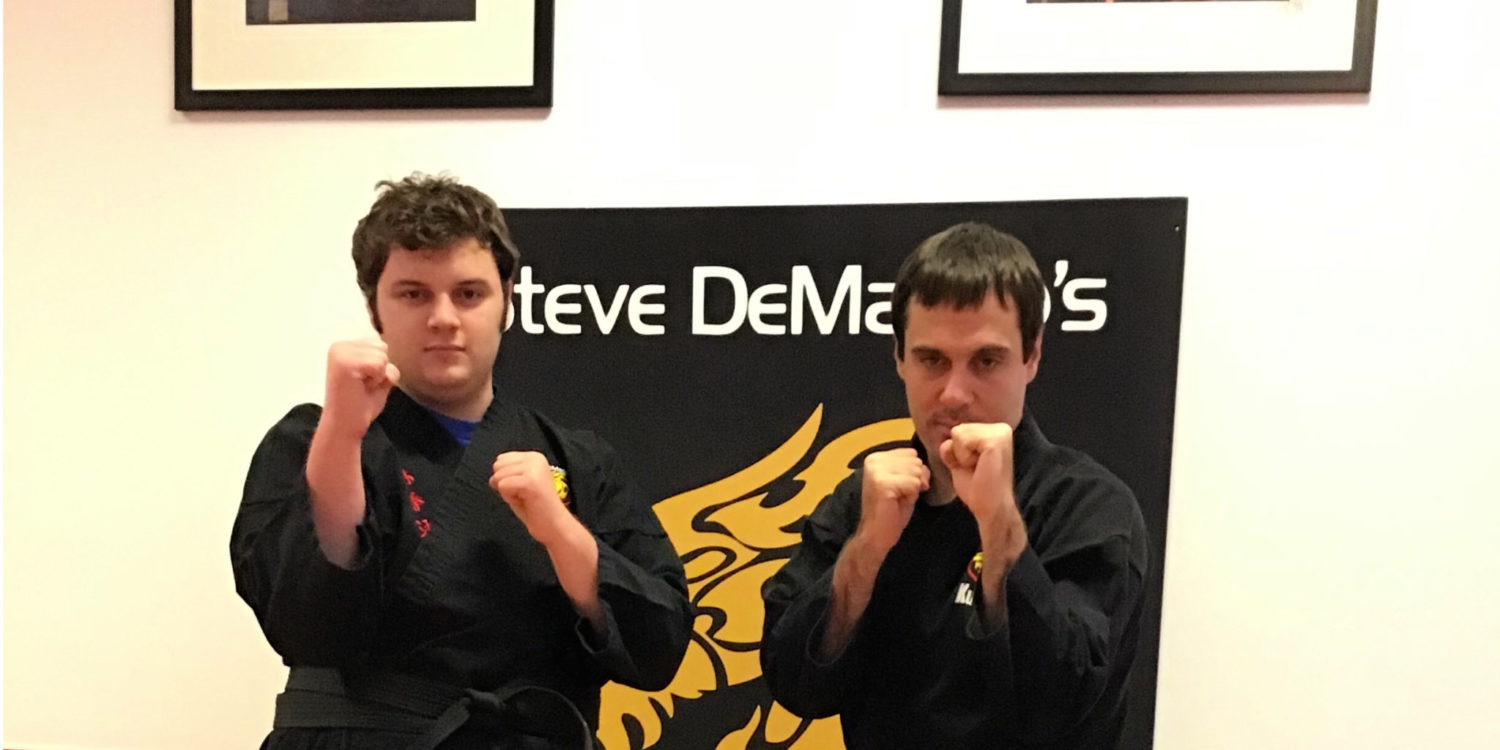 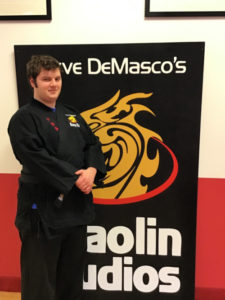 How many of us can say they’ve stayed with something – anything – for your entire life?  That’s a real commitment. And that’s just one of the remarkable things about Cameron from our Keene, NH studio  He is the subject of this month’s Student Spotlight.

“Cameron was the very first student we signed up at the Keene Studio,” said Master Mark Giordano, the Chief Instructor.  His dad signed up later on. “Kung Fu became something we could do together,” said Cameron. And this young man stuck with it, too. Fourteen years later, Cameron holds the adult rank of First Degree Black Belt, and yes, he still studies alongside his dad.

Delightfully approachable and unassuming, Cameron is completing his Senior year in high school.  He’s beginning his college search, and he’s seriously considering a career in a high-tech field, possibly at NHTI or another technical college.  Cameron displays a quiet focus in his demeanor, and you know he’s headed for big things. 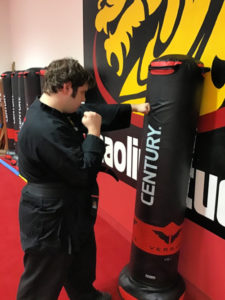 We asked Cameron how he thinks a lifetime of learning martial arts has made a difference in his life.  “It makes me feel more confident,” he said. “I learn something new every time, and I feel prepared for anything.  I’m focused on school, and nobody picks on me. I’m able to deal with the ‘tough guys,’ but I’ve never had to defend myself.  It never came to that.”

Because most students experience bullying of some sort throughout their school career, Cameron’s statement is profound.  Kung Fu is an effective method of self-defense, but after all, the best way to win a conflict is to diffuse it before it happens.  Cameron has been able to avoid some of the most common issues facing high schoolers today.

Pause for a moment and think about his commitment.  Cameron has studied at the Keene studio for his entire life.   We asked his mom, Cheryl, if it was tough to get him to the dojo sometimes.  “Karate is the one thing he stayed with all along,” she told us. She went on to say that some weeks were harder than others, but he kept his commitment.  “Once he goes, he’s completely into it. Now, he volunteers there to help with the Tigers and Dragons classes. He’s a really good kid.” Cameron is a leader in the Keene studio family and a role model for the younger students.

“He’s been here for fourteen years, and was one of the first students we signed up here at the Keene studio,” said Master Mark Giordano, Chief Instructor of SDSS Keene.  He added, “There were times that he wanted to quit, but he pushed through it and kept on going.  Cameron now holds a First Degree Black Belt.”

“He’s a great kid,” Master Mark added.  “I’ve watched him grow since he was little. Kung Fu was an anchor for him during those younger years.  Now he’s helping teach the next bunch of young people.”

His mom, Cheryl, agreed.  “It’s given him more confidence,” she said.  “Earning his black belt was a big milestone for him, and he was proud of himself.  And we were proud of him too.” 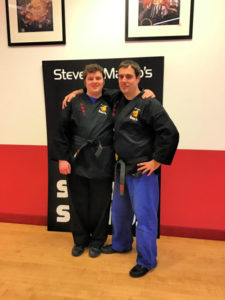 You can tell that Cameron’s years with Master Mark have forged that Sensei-Student bond only the martial arts can build.  Cameron said of Master Mark, “Whenever I have a question, he always has a good answer. He’s patient, and he knows how to explain things so I can get it.  It’s cool how he can describe every move in detail, and how it works.” Master Mark has become a significant person in this young man’s life.

Congratulations, Cameron, on your selection for our Student Spotlight, on your Black Belt, and on being someone with such a strong character.  There is no question that the next chapter of your life will bring every possible success.