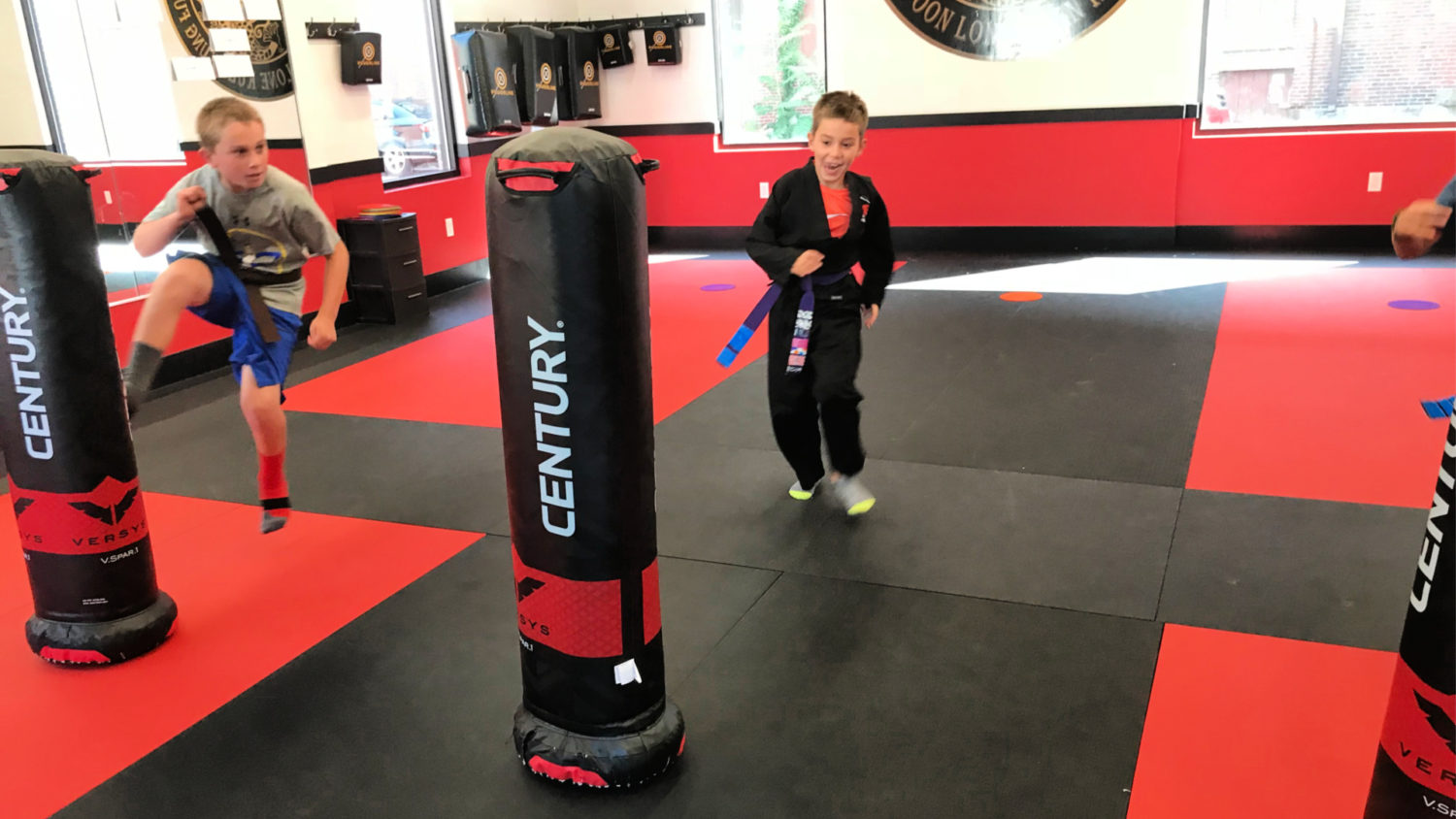 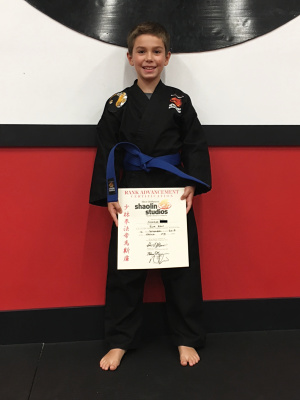 Meet George from SDSS Martial Arts of Natick. He’s a brand new blue belt, a thriving 2nd grader, and he is the focus of our Student Spotlight.

George has been with SDSS of Natick for about a year now, where he just earned his Blue Belt. “He’s been taking lessons with us since we first opened last October. He arrives focused and motivated for every class, and displays very mature behavior on a consistent basis,” says Sensei Lucas, George’s instructor. “George engages honestly and willingly when talking about the life skills, and takes them with him everywhere he goes. He as truly embodied what it means to be a part of the SDSS student community.”

George is delightfully intelligent and engaging. We asked him what he wants to be when he grows up, and he said, “A Kung Fu teacher, a pizza chef, or a paleontologist.” He went on to explain, “A paleontologist is a person who discovers dinosaurs. I want to do that.” It is easy to see how a young man like George might just grow up to do all three. 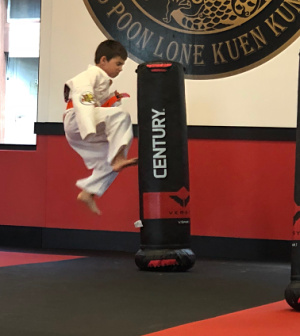 He also has a good sense of what the martial arts is all about. “You can use Kung Fu to defend yourself,” he said, “ but you only use it against people if something really bad is happening, and not just because your friend is being mean or something.” His teachers and his mom agree that in every way, George lives the values of Self-Discipline, Self-Control, Honesty, Patience, and Respect that make up our Life Skills program.

It’s a story that embodies the spirit of Shaolin, and a commitment to help others. “He cares about the people around him,” mom went on. “He can pick up on someone who is struggling, and he’ll reach out to them. He’s perceptive that way, and I see that in every area of his life.” 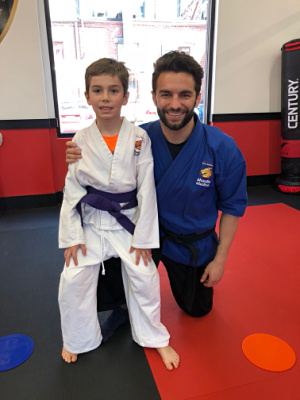 His parents, Mara and Pete, have seen tremendous growth in George. “The biggest thing we’ve seen is a growth in confidence – in taking risks, trying something that is really hard and just going for it.” They credit SDSS for helping George grow as a person. “The role that Sensei Lukas has had in helping George get where he is has been significant. He’s spot on in what he’s doing, and I’m grateful for what he’s done.”

George’s favorite game is “Flying Snake Bite,” which is an agility and blocking game that builds focus and martial skill. He’s also the first one to line up for any obstacle course you can throw his way. We asked him if he was going to be a black belt one day, and without hesitation, he answered, “Yes!”

With such a great attitude, hard work, and positive energy, there is no doubt that George will reach black belt and accomplish whatever he wants to in life.